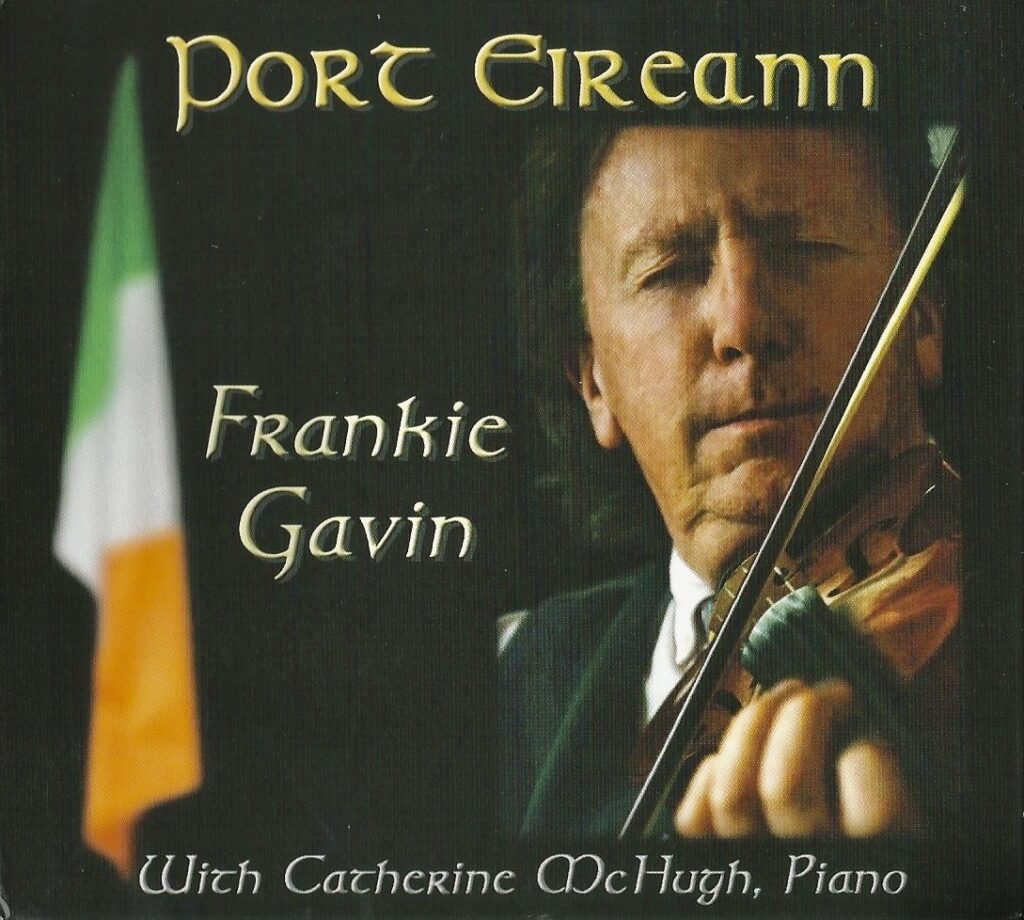 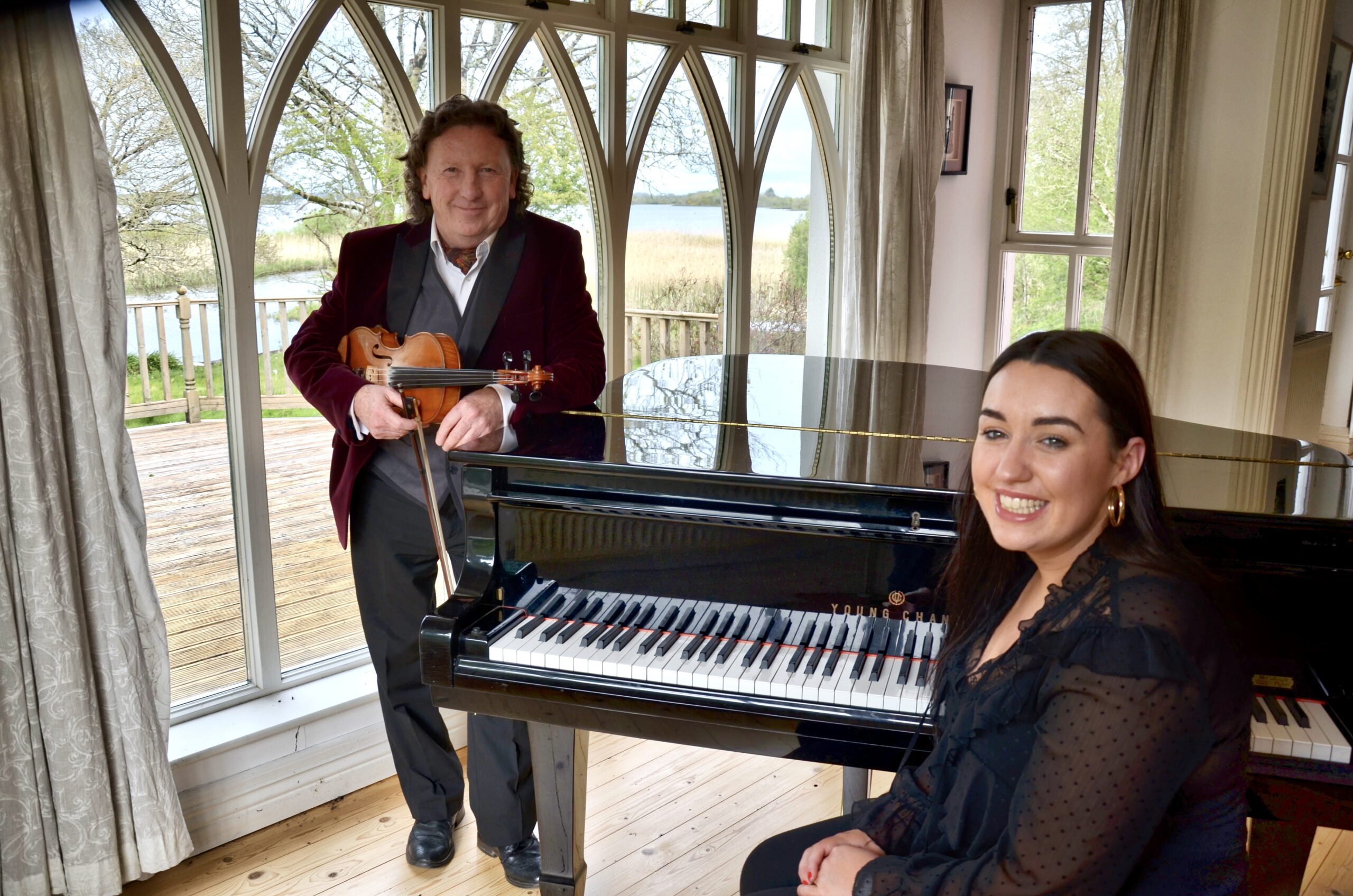 LEGENDARY IRISH MUSICIAN HONOURED
FRANKIE GAVIN is the latest recipient of the Lifetime Achievement Award of the Hopkins Festival in Newbridge College. Previous distinguished awardees include President Michael D. Higgins, Thomas Kinsella, David Byrne and others whose achievement in their field was considered outstanding.  Receiving the Newbridge Silver plate from President Seán Bagnall, Gavin , still recovering from a recent bout of  ill health, said that it meant a lot to him and was indeed an honour which he found both moving and memorable. He felt doubly honoured to be included in such a list of distinguished Irishmen, and said it was hard to find words  for what the Award meant to him, after a very trying period of ill health. The presentation was made after an outstanding concert by Gavin and Noel Hill, at the end of which they received a standing ovation from the large
crowd in attendance.

Below is a photo of Frankie and Noel Hill at this event. 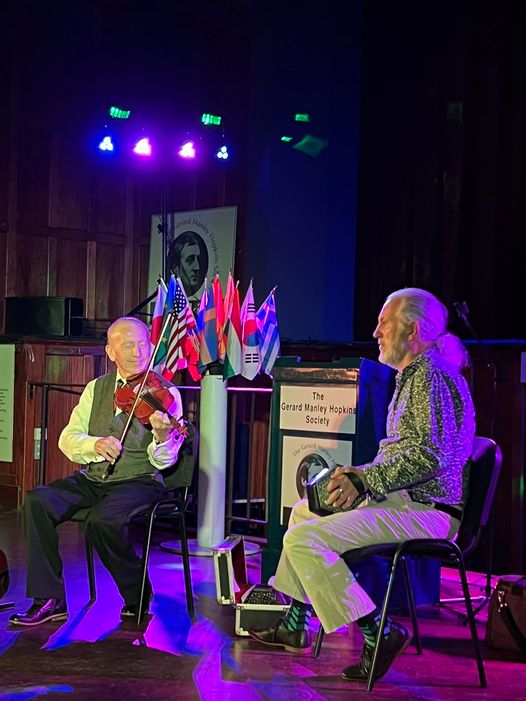 The Roaring 20s Irish Orchestra – the music of the Flanagan Brothers

Frankie & Alec together again with Aidan Coffey and Colm Murphy – 2017

Gradam Ceoil Awards  Frankie was awarded Traditional Musician of the 2018 with congratulations from Prince Albert of Monaco and Ronnie Wood with the award presented by President Michael D. Higgins.
Performance with The Provenance

The Gavin trio – Frankie with sister Noreen and brother Sean, 2015